The vast wasteland, or so they say

Sunday was a day for me to catch up on stuff.  Well, on some viewing stuff anyway.

I played a couple of games of D&D Atack Wing today, trying out a couple of different legion builds.  The one thing I realized is that troops such as the Hobgoblins feel almost useless in battle.  I played a 4 member unit and watched them get wiped out in one attack.  There could possibly be a way of using them effectively, but I would have to experiment a lot with them to find out, and I’m not sure I have the patience for that.

As for catching up, I finally saw Captain America: Winter Soldier, even after buying the DVD a few weeks ago.  I have to say it was not all that bad.  I liked what they did with Falcon, and even though I am sufficiently versed in Winter Soldier lore, it was still cool to see it played out on DVD.

I also caught up with Constantine, NBC’s show based on the DC Comics character.  In this case, catching up was really only the fifth episode since I power watched episodes 2, 3 and 4 last Monday.  I like the show, and not just because they actually got John Constantine right (READ: Not the Keanu Reeves version).  Well, maybe because they got the character right.  While the first episode was not really as dark as the comic (the original Hellblazer comic was extremely dark), there have been a lot of moments in the later episodes that really come close to matching the comic.  It doesn’t hurt that the series has been riddled with Easter Eggs from the dark side of the DC Universe, from the inclusion of the Doctor Fate helmet in episode one to Jim Corrigan showing up in the latest episode.  Including elements of the Constantine mythos (Papa Midnight) definitely help as well.

With most of the fall season premieres already past, I thought I’d take a look at a couple of the shows that have struck me as being decent.

First up is the one that I’m really loving, Scorpion.  Scorpion focuses on a group of uber-geniuses who work for the government as freelance consultants.  This foursome is joined on their adventures by federal agent Cabe Gallo and Paige Dineen, a former waitress with a genius son and the ability to help the group function in the real world (if you have ever seen Eureka, she is, in essence, Sheriff Carter).  What struck me about this show was the first episode, one that actually did not feature a villain.  In that episode, the group is brought in by Gallo because of a faulty software patch that endangers all air traffic going into LAX.  Seemingly simple enough problem that turns into a race against time and allows all the members of the group to shine in their own way… and introduces them to Paige and her son.

The show is inspired by the real Walter O’Brien, though there are some reports out their that some of his own life may be a bit sensationalized.  But, even if you take that out of the picture, the show is still a great show to watch.

Also on the plate is Forever.  This crime drama pairs a cop with a medical examiner to solve crimes.  Nothing all that special about that, except that the medical examiner, Henry Morgan, is more or less immortal.

I have to admit that I found the first episode a bit heavy on explanation.  There was a lot of who Henry was, where he came from, and how his particular form of immortality happens to manifest.  It was this particular form of immortality (Henry dies, then finds himself alive in a body of water) that I found interesting because I had toyed with a character similar to that back in college.  Still, Forever has managed to pull me back in to watch more, both with the cases, and Morgan’s relationships both with Detective Jo Martinez, and Abe (with whom Morgan has a lot of history with).

Again, I do like the show, even if a lot of the cases can be presented without the whole immortality issue being brought in.  But, I can see how a show like this might not pull in a big audience.  I would be shocked if it lasts the season, though I would still probably watch if it goes to a second season.

This really barely counts as an update or a post, but I am finally caught up with Game of Thrones… at least as far as I can get caught up without HBO.

This basically means I have watched all of Season Three.

Sherlock Season 3… well worth the wait.

As I write this, the 50th Anniversary episode of Doctor Who has aired, and we are counting down to the Christmas episode, which is to be the last episode for Matt Smith.  Since the first teaser for the 50th, the Whoverse has been a buzz about where the John Hurt Doctor fits in, and how that affects everything that we know about the regeneration cycle.

I have written about this in the past, but it seems fitting that I should revisit this in light of both the events of Day of the Doctor, and comments made by Peter Moffat which seem to throw more curve balls at the Doctor’s regeneration cycle. 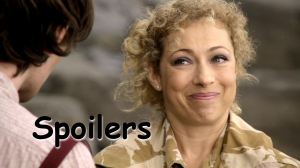 END_OF_DOCUMENT_TOKEN_TO_BE_REPLACED

Billie Piper at the book signing of her autobiography, Growing Pains, in October 2006. This picture was taken by me, when my friend and I attended the book signing. It should be in the ‘Billie Piper’ article. Eve Harper 19:16, 18 August 2007 (UTC) (Photo credit: Wikipedia)

They’re you. They’re what you become if you destroy Gallifrey. The man who regrets and the man who forgets. The moment is me. You have to decide.

Doctor Who: Day of the Doctor

Oh the pointing again. They’re screwdrivers! What are you going to do? Assemble a cabinet at them?

Doctor Who: Day of the Doctor

It took two days of avoiding anything about it, but I managed to finally see Doctor Who: Day of the Doctor, in a theater, in 3D.

And it was freaking awesome!

It seems only fitting that if I’m going to talk about the 50th anniversary episode, I should precede it with the appropriate warning.

END_OF_DOCUMENT_TOKEN_TO_BE_REPLACED

I’m currently in geek heaven (or is it Whovian heaven?).  I have my ticket Day of the Doctor, showing theatrically in my area on Monday.